- Nuberg's scope for the project include technology, process know-how, basic and detailed engineering, supply including complete supervision of erection, construction, commissioning, project management and starting-up of the plant.

- Sweden based EB Nuberg is the technology licensor for the project. 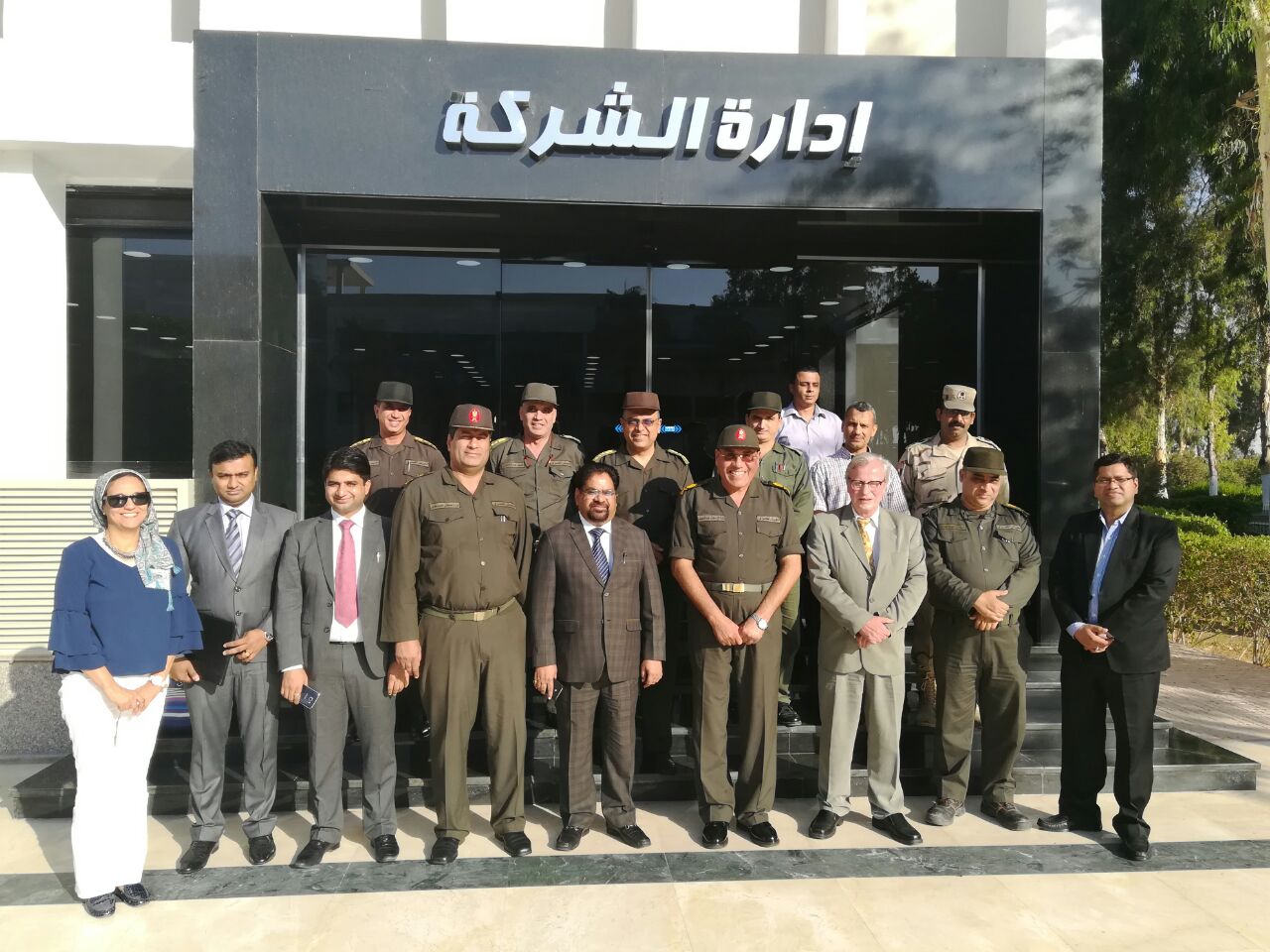 Hydrogen peroxide technology licensor for the project is EB Nuberg, a Swedish R&D firm specializing in developing technologies for specialty chemicals. EB Nuberg will offer proprietary, high-yield hydrogen peroxide technology and process design services for the establishment of facility. The plant production process will be based on the latest, state-of-the-art auto-oxidation technology developed and improvised by EB Nuberg Sweden over the years, having most efficient process design for hydrogen peroxide in comparison to available technologies in market. The hydrogen peroxide manufacturing process involves cyclic hydrogenation and oxidation of the working solution followed by extraction of crude H2O2 from the working solution. Thus the plant will comprise three main sections viz hydrogenation, oxidation and extraction Section.

This project comes as another milestone for Nuberg in Egypt, as it is the fourth consecutive specialty chemical turnkey project for the company. Nuberg has already got 3 turnkey projects in Egypt namely, caustic soda plant for Egyptian Petrochemical Company in Alexandria, calcium chloride plant for TCI Sanmar Chemical in Port Said and sulphuric acid plant for AGROCHEM in Alexandria.

Mr. AK Tyagi, chairman and managing director, Nuberg, said "We are glad that our capabilities and world-class project execution quality is being recognised internationally. Egypt is one of the most promising markets for us. We are thankful to El Nasr Co for Intermediate Chemicals for awarding this hydrogen peroxide project to Nuberg. This newly signed agreement will strengthen our strategic position in Egypt where we are already executing number of turnkey projects."

Hydrogen peroxide is an environment-friendly chemical compound with the formula H2O2. In its pure form, it is a colourless liquid, slightly more viscous than water. It is mainly used as a bleaching agent in textile and paper & pulp industry. It is a key raw material in the production of bleaching agents. In addition, it is also used is other industries such as wastewater treatment, organic peroxides, medical and cosmetics. The Hydrogen peroxide produced in the plant will be used in pharmaceutical, cosmetic, water, food processing, paper & pulp industries and many more. 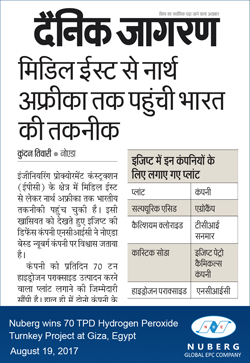 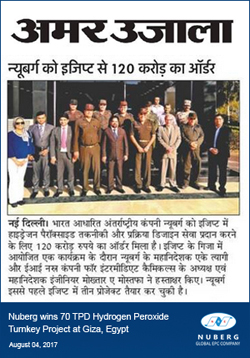