AK Tyagi, Nuberg EPC, India, looks at the production of sulfur and provides a case study on a plant installation in Saudi Arabia.

World Fertilizer, April 2020
Sulfuric acid (H2SO4) is the most common chemical used for reducing pH during water treatment. A colourless, odourless, and oily liquid, it is also exceptionally corrosive due to its strong acidic nature. In the 17th century, sulfuric acid was first produced by Johann Glauber, who burnt sulfur together with saltpetre (potassium nitrate, KNO3), in the presence of steam. In various grades the acid is used in the manufacture of fertilizers, pigments, dyes, drugs, explosives, detergents, and inorganic salts and acids, as well as in petroleum refining and metallurgical processes. 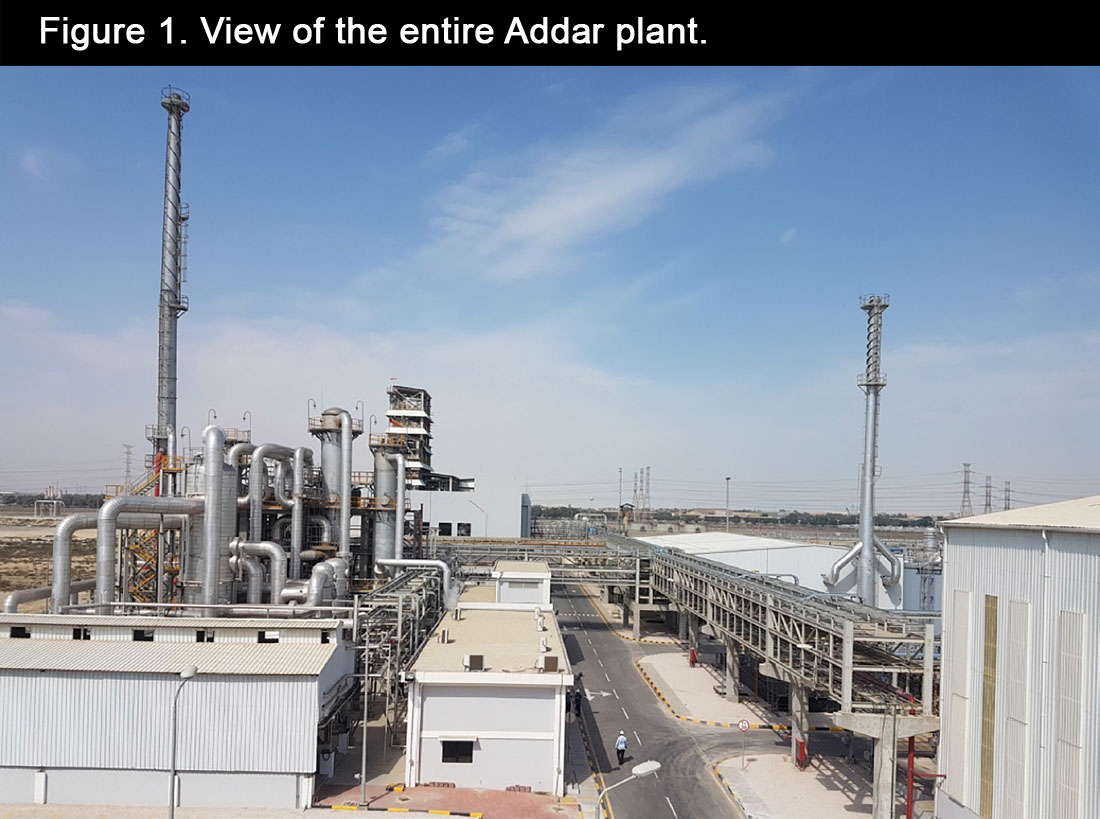 In keeping with the general evolution of technology, gradual upgrading of the manufacturing of sulfuric acid has also taken place over time. There are two major processes used for the production of sulfuric acid: the lead chamber process and the contact process. However, the processes vary considerably from each other. A few basics that govern the manufacturing of the element are: 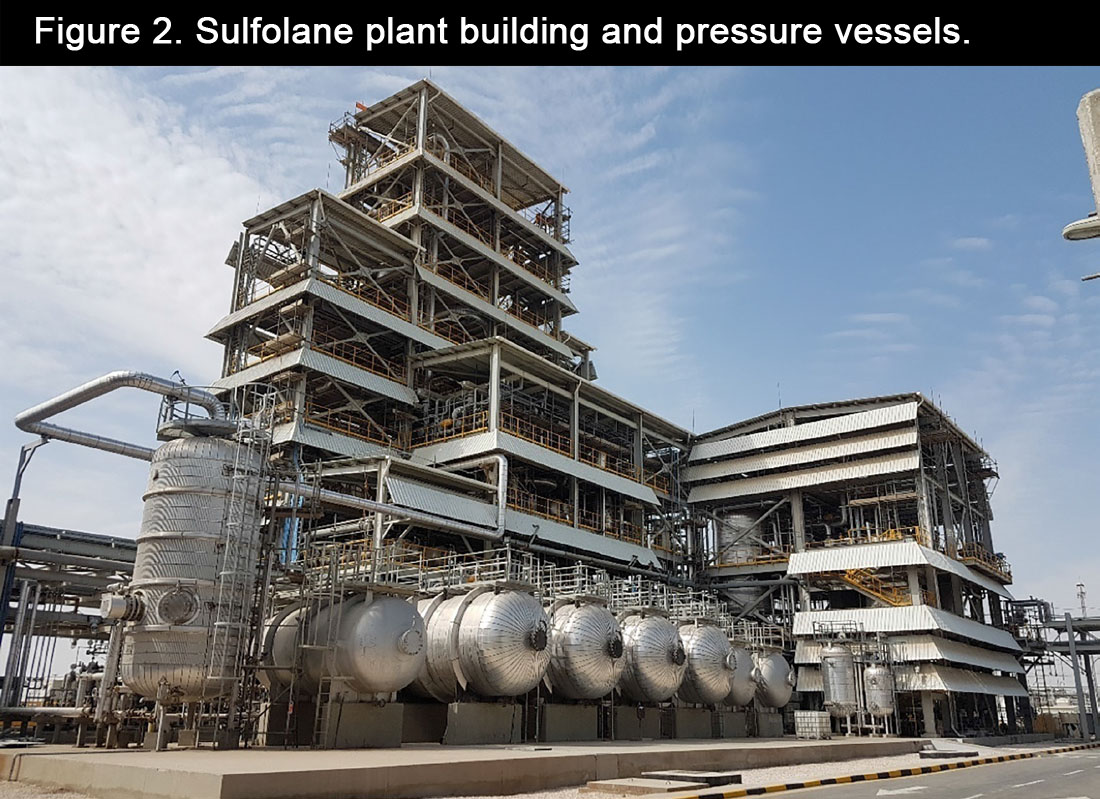 The lead chamber process was first designed in 1746 by John Roebuck of Birmingham, UK. The process has its origin in the early preparation of sulfuric acid by the oxidation of sulfur dioxide with nitric acid, but produces sulfuric acid by oxidising sulfur dioxide with moist air using gaseous nitrogen oxides as catalysts. The reaction takes place primarily in a series of large, box-like chambers of sheet lead that give the process its name. It is an outdated process for the production of sulfuric acid, but still continues to be practiced in a few parts of the world. The summary of the process is described by the equation below:

During the process, hot sulfur dioxide is passed into the lead chamber and then washed using nitrous vitriol. Sulfur dioxide is then oxidised into sulfur trioxide. Next, it is dissolved in acid wash leading to the formation of glover acid, which is 78% sulfuric acid. In the mean time, a mixture of gases, such as oxygen, nitrogen, nitrogen oxides, sulfur dioxide and steam, are passed from a glover tower through the lead chamber where they react with water to produce sulfuric acid. 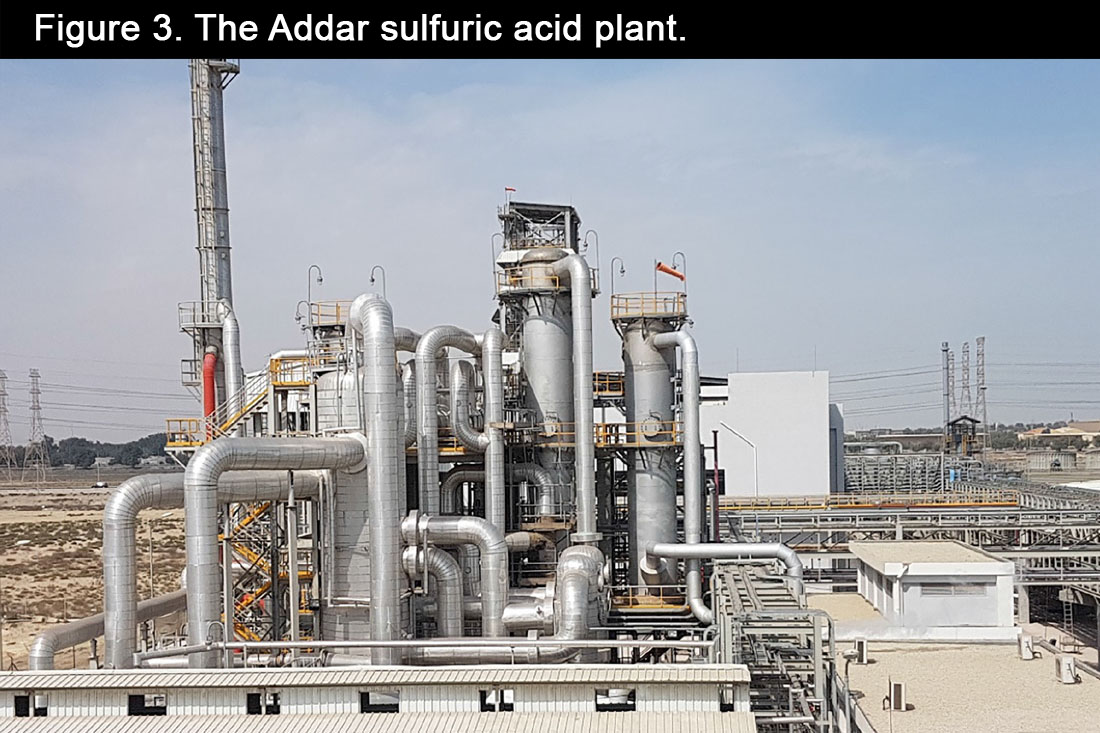 The contact process is another method currently used for the production of sulfuric acid in the high concentrations required for industrial purposes. Formerly, platinum was used as a catalyst for the reaction, but as its reaction led to arsenic impurities in the sulfur feedstock, vanadium oxide is now preferred over platinum.
The contact process consists of five major steps:

Purification of sulfur dioxide
This removes dust particles, oxides of iron and arsenic. The purification unit includes a series of stages:

Annual global production of sulfuric acid
The global sulfuric acid market was valued at US$9.35 billion in 2015 and is projected to reach US$11.10 billion by 2021, at a compound annual growth rate (CAGR) of 2.87% between 2016 – 2021. The sulfuric acid market size was 244.26 million t in 2015 and is expected to reach US$83 billion by 2022.
Fertilizer consumption is highest in China and India, followed by the US. Based on calculations from the Food and Agriculture Organization of the United Nations (FAO), the caloric requirement is expected to double in the next 25 years, with the global population touching 8 billion. Sulfur production is expected to increase by approximately 27% between 2016 – 2021. In these respective studies, 2015 has been speculated as the base year and 2021 as the forecast year to estimate the market size of sulfuric acid. Prime drivers include an increase in the production of nutrient-rich food crops and steady and sustainable demand for sulfuric acid due to its diversified applications.


Production of sulfuric acid in India

India, being one of the major producers of sulfuric acid in the world, is characterised by a growing agriculture sector and increasing metal processing activities, along with a rising consciousness about wastewater treatment; each of these factors drive the sulfuric acid market in India. According to a study, the Indian sulfuric acid market is projected to exhibit a CAGR of 3.35% between 2016 – 2025, on account of increasing fertilizer production in the country. Moreover, growing demand and consumption of sulfuric acid can be attributed to the country’s rapid population growth, and is slowly driving demand for infrastructure, food crops and various base metals in the country. Sulfuric acid is prepared for use as the most crucial raw material and main element in the agricultural sector, with applications in production of fertilizers and pH balance.

Addar Chemicals Co., based in Jubail, Saudi Arabia, contracted Nuberg EPC for the construction of a new sulfuric acid and sulfolane acid plant in Jubail. The latter was Saudi Arabia’s first greenfield sulfolane manufacturing plant and has a capacity of 6000 tpd. The sulfuric acid plant has a capacity of 80 tpd.
The scope of the project included process, technology know-how, detailed engineering, design, procurement, manufacture and supply of plant equipment as well as erection, construction, project management, commissioning, and start-up of the plant. The company followed local regulations and standards as prescribed by the Royal Commission for Jubail and Yanbu (RCJY) and the Saudi Standards, Metrology and Quality Organisation (SASO).
Managing the process planning of both the plants at the same time as well as at the same location was the main challenge. Allocation of different sets of resources and personnel between both plants would risk the project going considerably over budget. To tackle this challenge, the planning team put their full focus on the sulfuric acid plant first and then, after the completion of that plant, moved on to the allotment process of resources and staff in the sulfolane acid plant’s planning stages. This kept costs low and helped to deliver the project within budget.
Personnel management was again a challenge given linguistic differences; however this issue was soon resolved, with a total staff in peak time of 250 – 350. Due to visa restrictions, the exiting of staff in a month at the time of ongoing construction resulted in delays in executing the project. Despite these challenges, the sulfuric acid plant was completed on time.

Equipment/machinery
The scope of the project included the engineering, procurement and construction (EPC) and lumpsum turnkey of the sulfuric acid plant. An overview of some of the key equipment and machinery for the project is presented below.

Detailed engineering package
Details about each individual component and process were also stated with accompanying documents. This section covered key engineering design features, such as:

The sulfuric acid plant in Jubail was commissioned in November 2018 and executed by the company in Saudi Arabia. The plant produces sulfuric acid (98%), which is used for, among other purposes, the manufacture of ammonium sulfate and super phosphate of lime. In tandem with an increasing demand for organic chemicals the sulfuric acid industry has grown, with approximately 70% of today’s sulfuric acid production used for making fertilizers.

© This article was first published in World Fertilizer, April 2020. 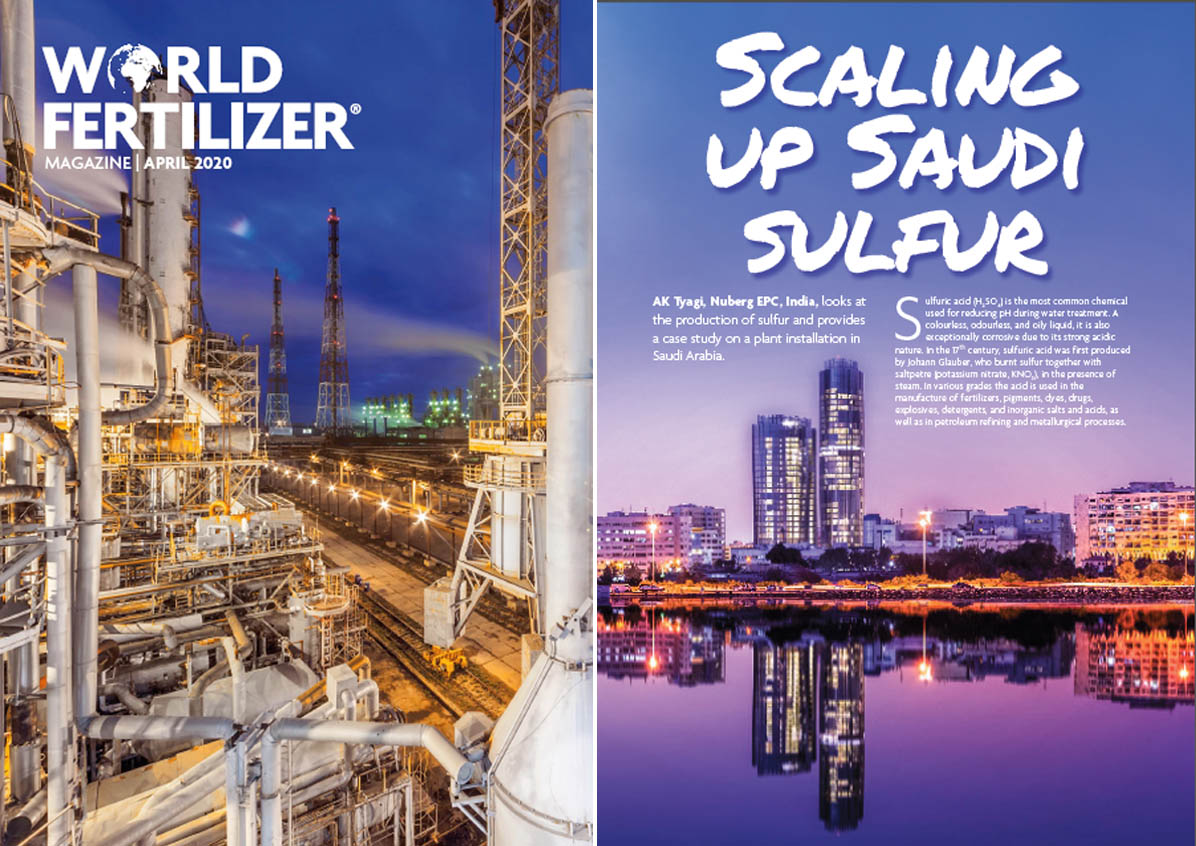